praying to the fish gods bisbee 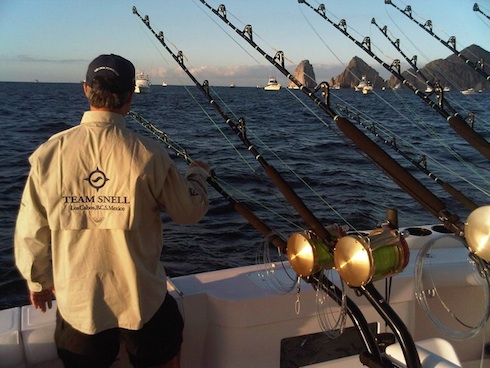 Today is the second day of fishing in the Bisbee’s Black and Blue Marlin Tournament, the richest fishing tournament in the world. The boats set out early this morning at 8 am hoping to catch that giant marlin that will bring them home the big bucks.

What is it like out there off the Cabo shores, hoping that you will reel in the big one?

Chris Snell and Andy Lemke from Team Snell have been kind enough to share with us some of their Bisbee’s experience – from preparation rituals to superstitions. 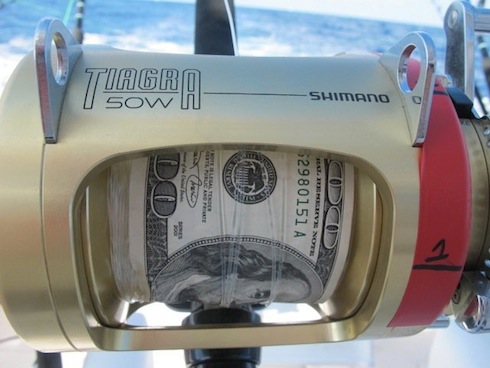 What are your team’s superstitions (other than $100 bills)?

“NO bananas on the boat. Bananas are bad luck. (Nobody really knows why… it’s just boating tradition). When I fish, I always take a St. Christopher medallion with me – the patron saint of travel. We pour beer into the water from EVERY beer we open while fishing – it’s a gift to the fish gods. All anglers have to have a shot of tequila at 11 a.m. as a toast to the fishing gods. Nobody is allowed to sit in the fighting chair, unless a fish in on the line.” – Chris Snell

“No bananas, no girls on the boat. Pour a sip of beer into the ocean. We believe that as long as something goes completely wrong, the fishing will be great.” – Andy Lemke 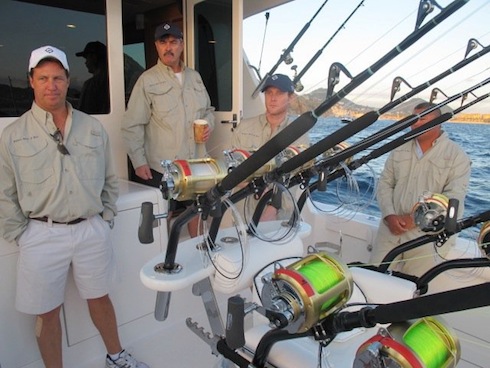 Who is on Team Snell?

“Team Snell is made up of Snell Real Estate clients and Homeowners. None of our anglers are professional fisherman – some have never even caught a marlin before. That’s the best part of it— we have our fishing systems down, a great captain — we even give novice fishermen an outstanding chance at landing a 500+ lb fish.”  – Chris Snell

What is the team’s favorite “big fish” story? 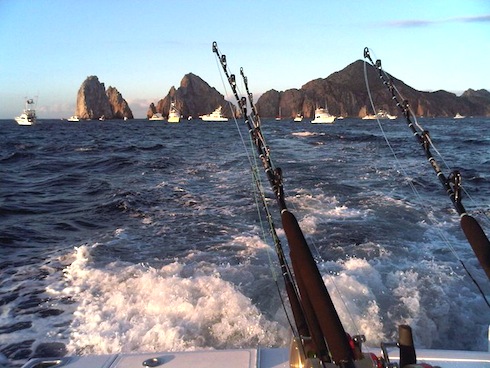 What is the biggest marlin any one on the team has caught?

What is your favorite part of the Bisbee’s Black and Blue Tournament?

“The camaraderie. That first shot-gun start Wednesday morning is awesome. Optimistic anglers always go out thinking, “It’s our turn this year, we’re going to get the big one.” – Chris Snell

“The shotgun start & the novelty check with our team name on it.” – Andy Lemke

“When that reel goes off – that means a fish is on the line.” – Chris Snell 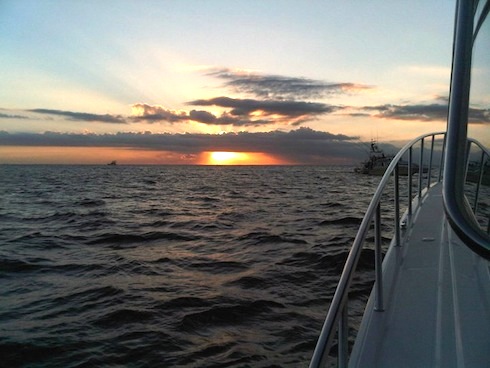 Does the team have any pre-tournament preparations or rituals?

“We do a marlin dance in the morning, only to be seen by anglers… Thank God.” – Chris Snell 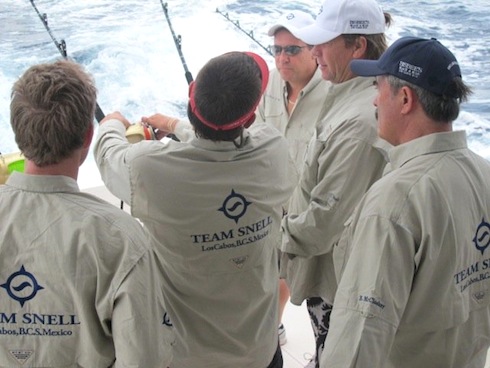 What do the team members to do to practice for the Bisbee’s?

“Pull on a bucket. We hook a galvanized bucket on the leader line, drop the bucket back about 50 yards and traveling at 6 knots. It’s impossible to reel in the bucket, but it allows the angler to practice removing the rod from the holder and climb into the fighting chair by himself without any assistance – which is part of the rules of the game. Once in the chair, we then back up and the angler retrieves the bucket.” – Chris Snell

How does Team Snell celebrate a catch? 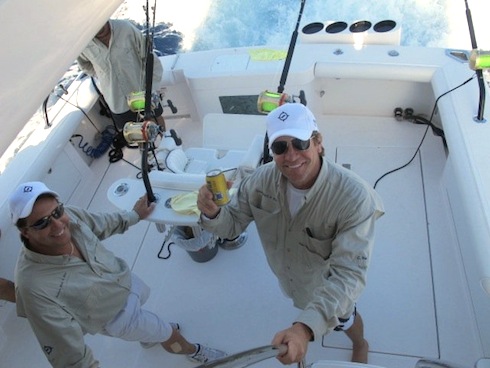 Is there anything special about your boat – the Ginny Mae?

“The Ginny Mae is owned by John Stoia, homeowner in La Caleta, Palmilla. His boat is not only extraordinarily equipped and outfitted for fishing, but he has two 1100 horsepower turbo diesels that make it one of the fastest fishing boats in Los Cabos. This is a HUGE advantage when you’re trying to be the first one out of 100+ boats to the fishing grounds.” – Chris Snell

For non-tournament participants, what is the best place to watch the event?

“Kickoff boat or Baja Cantina on the beach.  Baja Brew Co could be good, too.” – Andy Lemke

Chris Snell has participated in the Bisbee’s five times over the years and his company, Snell Real Estate, has been a sponsor of the event eight times. The team consists of Chris Snell, Andy Lemke, Greg Casillas, Tom Boyce, Bob Howard, Fred Malone, Gary Smith, Bo McCloskey, Murray Sinclair, and Chris Sinclair. No women of course! 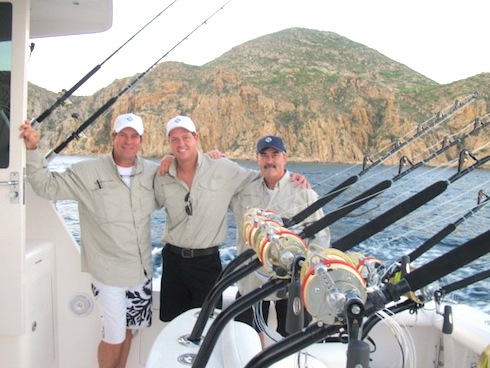 We wish Team Snell good luck. We hope they have plenty of beers to keep the fish gods happy and that they keep the tequila handy for when the big fish show up.