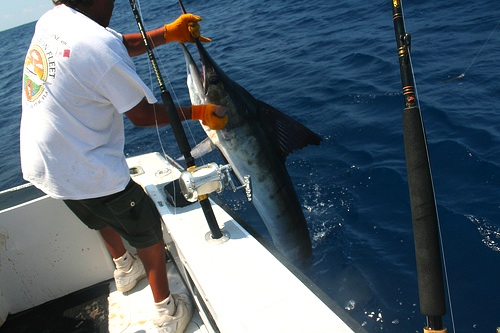 October is in full session. The ocean is buzzing with large billfish. And the Cabo San Lucas marina is full of boats hoping for a chance to catch that million dollar fish.

It’s Bisbee’s time and everyone is hoping for that perfect marlin. The Bisbee’s Black and Blue Tournament is one of the top tournaments for marlin fishers in Cabo San Lucas.

Here is some information about marlins in Cabo San Lucas:
What is your favorite Cabo San Lucas marlin story?
About Guest Author Cara Gourley