On a recent trip to Cabo San Lucas, Mexico I was introduced to an age old drink, but with a new twist- the “Pineapple” Mojito. 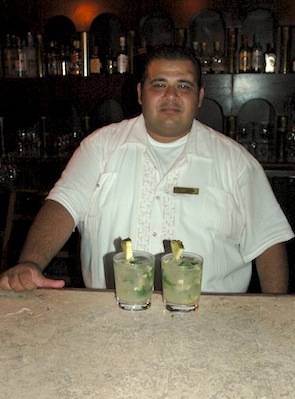 I was at the end of my stay at the Pueblo Bonito Pacifica. I was packed and ready to sit back, relax and take in the final moments of my ocean paradise vacation. So I headed down to the hotel bar.

As I pulled up a chair the bartender approached me with a welcoming smile asking what he could get me that evening. I asked his specialty, “Pineapple Mojito” he said with pride.

I was familiar with the drink, but the minty version. Not … pineapple? This was a new twist.

He began to chop and muddle and proudly presented his Pineapple Mojito. Surrounded by twinkle lights and iridescent walls overlooking the Pacific Ocean, I savored each sip of this refreshing and flavorful drink.

My curiosity had me questioning the origins of this tasty concoction. There is some debate as to who gets to claim fame to the Mojito.

Cuba claims “IT” was the birthplace of the Mojito, originally made by slaves working in the sugar cane fields in the late 1800’s.

One legend claims English pirate Sir Richard Drake concocted the first version of the drink making it for his boss the renowned pirate Sir Francis Drake, using a primitive predecessor to rum called “aguariente.” He mixed sugar, lime and mint and named it “El Draque,” (The Dragon) after his boss. It then made its way to Cuba via their ships as they hunted treasure throughout the Caribbean and Latin America.

Others claim African slaves who worked in the Cuban sugar cane fields during the 19th century were the originators of the beverage and the word “mojito,” comes from the African word “mojo” which means “to place a spell.”

Wherever the birthplace, if your mouth is in need of a little magic, belly up to the Siempre Bar in the Pueblo Bonita Pacifica Resort and Spa in Cabo San Lucas, Mexico. Let mixologist, Victor Salinas, muddle up his specialty that will have your taste buds in a trance.

But until you can get there, Victor has shared the magic ingredients for his taste bud spell. 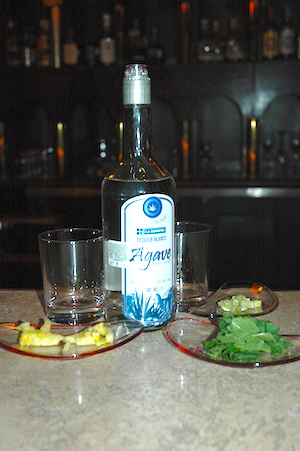 Chop pineapple into small pieces, muddle with mint and a dash of simple syrup and lime juice, then mix with 2oz of WHITE tequila (he says white is key, as it absorbs the flavors of the mixture), zest a lime, garnish with a pineapple.