what do i need to know about moving to cabo 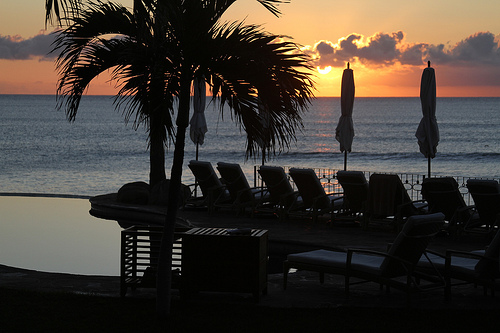 My name is Anna and both my husband and I just bought a house in Cabo and we will be moving in a few months.

I was wondering if you could tell me some helpful tips about moving.

All About Cabo Answer

Congrats on moving to Cabo! It is such a great place to live with a relaxed style of life, many expats that you will become friends with and not to mention, the great views.

I have put together a list of some different topics that pertain to living in Los Cabos.

Below is some information that will be helpful in getting you better prepared for such a big move.

I would recommend taking your car and fitting as much stuff as possible in it. My husband and I took my SUV from St. Louis, Missouri and had it completely loaded; we even had an extra compartment for the top of the roof. You will see that there are cars from all over the states and Canada in Los Cabos. The reason for this is that it is actually much cheaper to purchase a car in the states than in Mexico.

It will also be cheaper to bring as much of your stuff as possible, because contrary to the popular belief, it is much cheaper to buy clothes and most products in the U.S. If you don´t already have furniture, the easiest thing would be to buy it here. I  knew a year in advance that I would be moving to Los Cabos; so each time that I flew to Los Cabos in that year, I brought the maximum amount of luggage allowed to be able to start transporting my clothes and other goods.

The only two times I have shipped and had something shipped to me were both horrible experiences and didn´t arrive to their destination for 7 months.  The mailing system here is not very good, so I would advise you to try not to ship if at all possible. Many expats, myself included, get their mail sent to a U.S. or Canada address and have others bring it or pick it up whenever they are back in the states or Canada. I know this is not possible for everyone, but is able to work for some.

There is a company called Cabo Mailboxes in both San Jose and San Lucas that has a reputation of being reliable to ship or have things shipped. It is a little pricey, but worth it if you want to make sure you receive your mail and your mail is sent.

A lot of times when Americans and Canadians first move to Los Cabos, they are nervous about the healthcare, but Los Cabos offers great healthcare along with great doctors.

For example, Amerimed is the top private hospital in both San Jose del Cabo and Cabo San Lucas that caters to Americans and Canadians. The staff is bilingual in English and about half of all the patients are foreign. Amerimed accepts many different insurances from the states and Canda, but you would have to call to see if they carry yours. You can also get a Mexican insurance once you are here in Los Cabos.

The cost of living in Los Cabos is much lower in Cabo than it is in the states and in Canada. The main thing you will have to watch out for is electricity. Depending on what area you live in plays a big part in your electric bill. Many areas are subsidized heavily by the government, but once you start getting into the nicer neighborhoods, the government help goes down.

Air conditioning can get quite expensive, so try using fans and opening windows. Luckily, you will really only need air conditioning about 3 months out of the year.

Grocery shopping in a foreign country may seem like a daunting task, but here it is pretty similar to the states. Los Cabos has a Costco, Sam´s Club, and a Walmart in both San Jose and San Lucas.

My personal favorite grocery store in San Jose del Cabo is called Mega, but there are other grocery stores called Soriana and Chedraui in both San Jose and San Lucas.

While shopping you will see many products that you recognize and some that you may not. If you can’t find what you are looking for, there is usually a Mexican substitution.

Also, if you are purchasing a decent amount of groceries, please tip the baggers! They do not get paid hourly and live off tips.

I would venture to say that the majority of people living in Los Cabos have a dog or a cat. If you are bringing your pet or or plan on buying a pet here, there are plenty of Veterinarian clinics and kennels. Centro Veterinario in San Jose is a bilingual vet that does a great job with my dog, and Clinica Veterinaria Animal Care Center in San Lucas is another bilingual vet that has a great reputation with treating animals.

Cabo Kennels in San Jose is owned by an American who takes great care of the pets, and Ciudad Canina in San Lucas care for the dogs.

If you will be flying with your pet, you will need to check the airline requirements for bringing a pet on board.

I hope that this helps you some. If you have any more specific questions, don´t hesitate to ask. I am here to help!

About the Author: Jayme Portilla 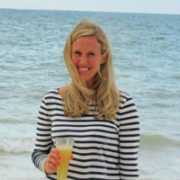 Jayme moved to Los Cabos to be with her husband last year. He grew up in Los Cabos and and they chose to start their life together there. Jayme loves living there and being able to meet all of the locals and tourists from all around the world.

If you have any questions, you can email Jayme directly.